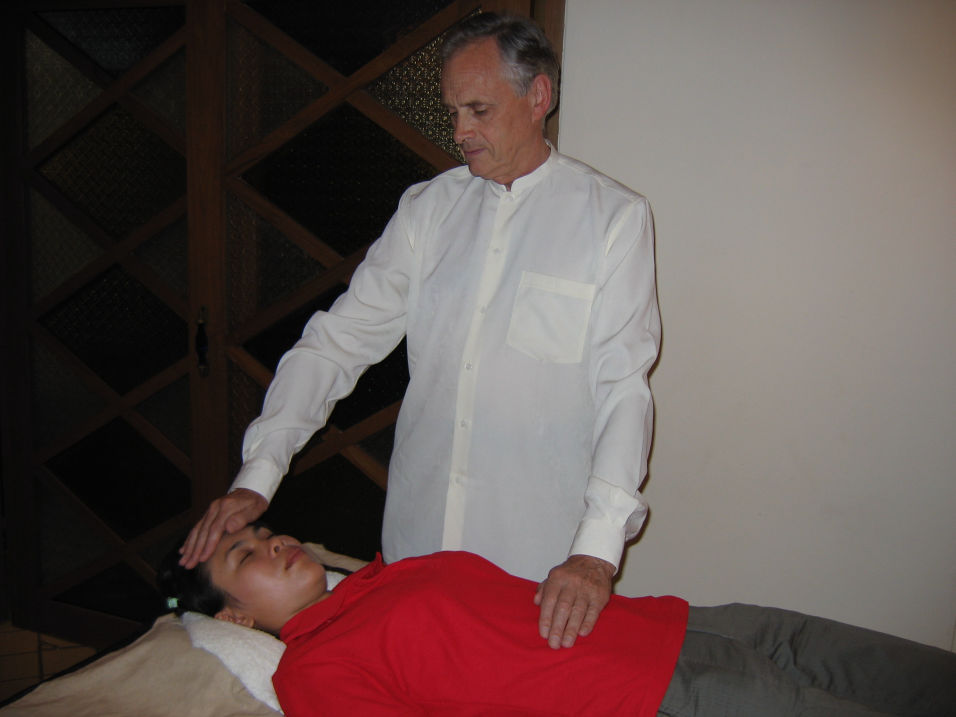 If you open your heart and put your life into the hands of God or the Universe, things come to you which you do not plan for. That happened to me with Reiki.

I have always had a latent interest in natural healing and in the idea that medicine is designed to keep you healthy and give you long life, as in Oriental medicine, which is rather different from the symptom-based medicine of the West. So, I learned Qigong from a Chinese master in London, Zhixing Wang, and I also took up Christian meditation. In order to deepen my understanding and practice of meditation, I then joined the Tibetan Buddhist centre of Samye Dzong and I came to realize its enormous value in both one’s health and one’s spiritual journey through life. I now practise daily using the profound Christian method of Centering Prayer.

Before that, I was an academic teacher for 16 years in both Italy and Britain. Then, in 1986, I moved on to train in massage therapy which led on to the formation of the London School of Sports Massage in 1989, together with Mel Cash. That kept me well occupied for 11 years. However, in 1995, two friends of mine asked me to attend a training in Reiki with them. I was curious and also attracted by its Oriental roots, so along I went. It was a revelation of sorts, particularly the sensing of Ki (Chi) energy for the first time and an awareness that it can be used for healing. But it was not until I moved out from London to Sussex a year later and took myself off to study the Reiki Level Two (Okuden) course with Laura Mason that I really caught the Reiki fire.

In 2002, I had the privilege of enhancing my learning with Frank Arjava Petter who had lived and intensively researched Reiki in Japan. He it was who truly inspired me as he lives the loving spirit of Reiki and I completed my Shinpiden Level training with him. I have since attended two Jikiden Reiki (authentic Reiki) courses with him and with Tadao Yamaguchi sensei, in 2012 in Dusseldorf and in 2014 in Munich.

Before that, in late 1999, I had nearly moved on to my next life but this had given me the wonderful opportunity to use Reiki for my own successful rehabilitation. This confirmed in my own mind the healing power of Reiki. It was the time for me to pass on to others the opportunity for studying Reiki and that I did both in the UK and, sometimes during the winter, in Chiang Mai, Thailand, and in Malaysia. And, with ongoing studies, what I have discovered is that the transmission of Reiki energy is the realization of a profound idea: the intention of helping others and yourself to maintain good health and well-being. And so the journey continues, with love.

You can find us in

Our main studio is in Dorchester, we have additional facilities in Poundbury (outside Dorchester) and Taunton. We have chosen these locations to be convenient for people living in surrounding towns and villages like Winterborne, Ilminster, Chard, Wellington, Yeovil & Lyme Regis.